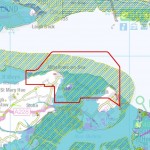 The Airports Commission, chaired by Sir Howard Davies, as ruled out around 50 options to expand hub capacity in the Southeast and has now shortlisted 3 options to expand Heathrow or Gatwick, however “The Commission intends to carry out additional analysis in respect of the Isle of Grain option in the first half of 2014. On this basis, it will reach a view before the end of the year as to whether such an option would offer a credible proposal for consideration alongside the short-listed options. If so, it will be subject to a similar appraisal and consultation process as for those options, although not necessarily to the same timetable” (Page 15 – Airports Commission: interim Report December 2013).